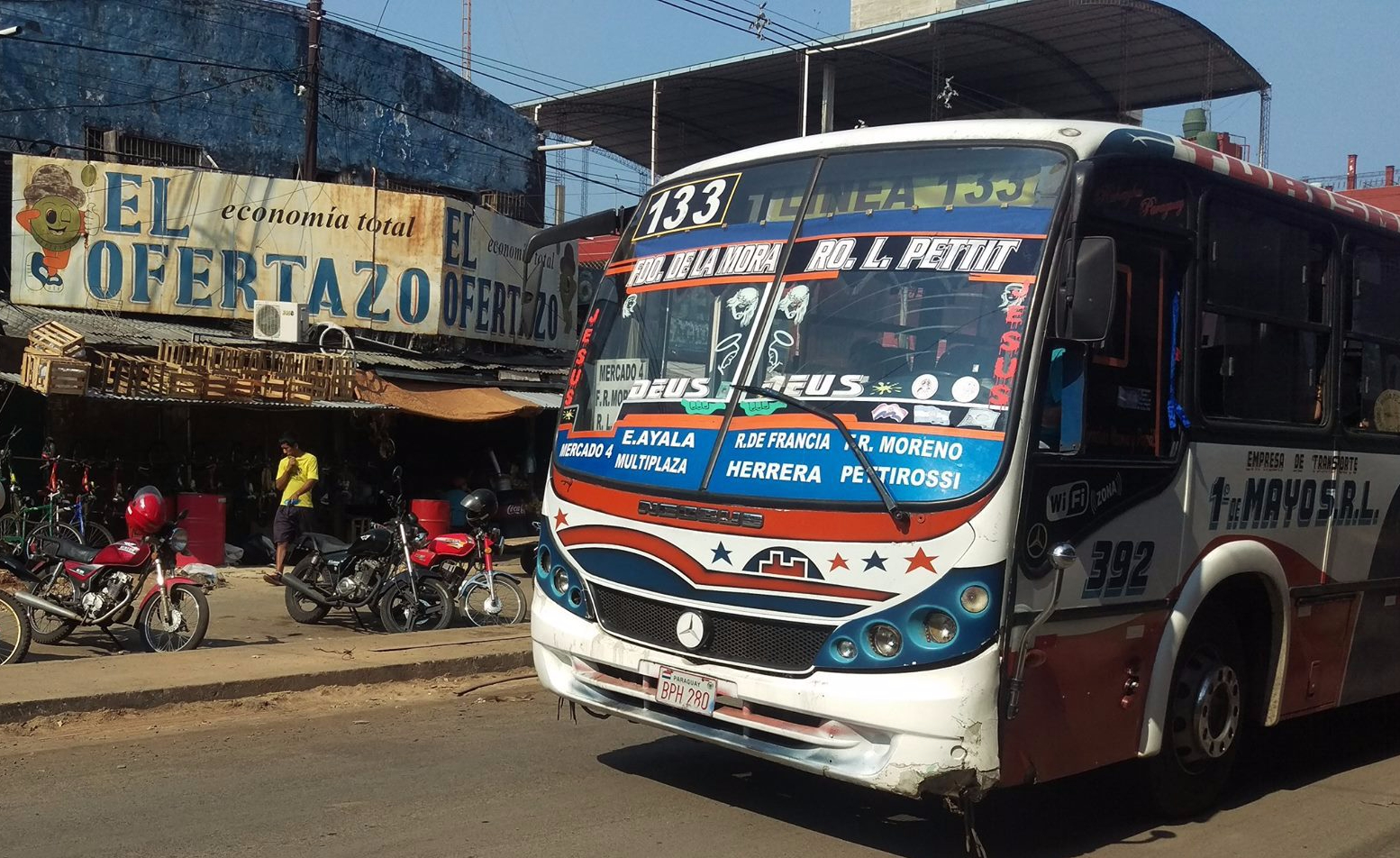 Latin America is, for the most part, a super friendly place, and it’s not uncommon to be invited into people’s lives and homes even though they barely know you. But, Paraguay takes that up a notch, and since I left the country around three weeks ago, I haven’t been able to stop thinking about the incredible people that I met there.

Most backpackers travelling through South America tend to skip the little landlocked country that’s nestled between Bolivia, Brazil and Argentina, despite it being a pretty practical route if you’re traversing the country.

When I told people I met on the road that I was planning on going to Paraguay, reactions included “why would you bother”, “well that’s going to be boring”, and “OMG you’re so brave, that’ll be terrifying”.

But, as an avid fan of ticking as many countries off my list as possible, I decided to head to Asunción; mainly for the passport stamp, but also to see for myself why people skip it. So, spurred on by this wave of negativity, I booked an Airbnb, hopped on a bus and prepared to be bored/scared for a couple of days.

I got an instant taste of the country as soon as I boarded my bus from Brazil. There were only around 15 people on it (all Paraguayans, as I later found out) and despite them seemingly not knowing each other they’d created a bit of a travelling community. Food and drink was being passed around, people took it in turns to nurse crying babies, and when one of the ladies got sick it was a team effort to take care of her and her worried children. I was soon invited into the fold (thankfully, after the vomiting had passed), and despite a clear language barrier, I became one of the gang. My first task? To assist with the cleaning of a bible, of course. It’s not something I’ve ever really desired to do, but it’s hard to say no to an enthusiastic elderly Catholic woman who doesn’t speak English.

We arrived in hot, bustling Asunción ten hours later, and once I’d said goodbye to my bus family I headed over to my Airbnb. I was greeted by a fascinating woman called Flo who works as an advocate for transgender rights (a tricky subject in Paraguay, where attitudes and laws are not ideal for the protection of these rights). I spent three days working whilst living with Flo at her place, so I didn’t really get a taste of her hometown during my stay. But, I instantly felt safe and comfortable in my new habitat, which obviously isn’t always the case in a stranger’s home.

Once my work was done I headed off to a place that I had found on Couchsurfing, and this is when I really started to fall in love with Paraguay and its inhabitants. Carolina was impossibly warm and she instantly welcomed me into her home and her life; I quickly knew that I’d made an excellent choice to stay with her. What followed was an unforgettable weekend of food, drink, music, culture and conversation with Carolina and her wonderful friends. On our first evening together we went to a jazz festival (see, Asunción has plenty of fun stuff to do), then afterwards we were picked up by Norma, one of Carolina’s friends. We went to a bar for cocktails, and after Carolina and I were suitably boozy, Norma took us on a drive around the city and pointed out all of the main sights for me. It was a city tour like no other, and I definitely think Norma could make a business out of her unique guiding style.

The next day, Carolina decided that she wanted us to go and stay with some friends for the night, so we packed a bag, caught a rickety old local bus and headed to Remanso: a little rural city about an hour away from Asunción. The home we were staying in belonged to an incredible older woman named Mercedes, and her daughter and niece were there for the weekend too. I was instantly welcomed and treated like one of their own, despite coming up against the language barrier once again. At Mercedes’ house I spent the weekend being cooked for and taken care of by an incredible group of people. And, when I left, they said they were grateful that I came! It seemed totally crazy that they’d thanked me, considering how lucky and grateful I felt for the wonderful experience they’d given me.

Back in the city I arranged to go for drinks with Santi, a beer brewer that I had also met on Couchsurfing. He picked me up and took me to his favourite bar, where we met some of his friends and drank lots of Paraguayan beers. Again, I was welcomed into their group so quickly and easily, and it was a brilliant night that I probably wouldn’t have had if I was sticking to the ‘gringo’ tourist trail. When the bill came he and his friends refused to let me pay because “they had invited me out”; once again astounding me with Paraguayan hospitality.

And so, that boozy night marked the end of my “boring” and “scary” trip to Asunción. After several incredible days there, I left feeling like I needed to tell the world how much they’re missing by skipping this brilliant country.

In the grand scheme of things, there isn’t a lot to do in Asunción and the surrounding areas. There, I said it. But, a place doesn’t need wonders of the world to make it magical.

I feel like I need to have my bae’s back here: Asunción is awesome. Go see for yourself!

Why You Shouldn’t Have a Massage in Colombia

My Worst Landlord Ever