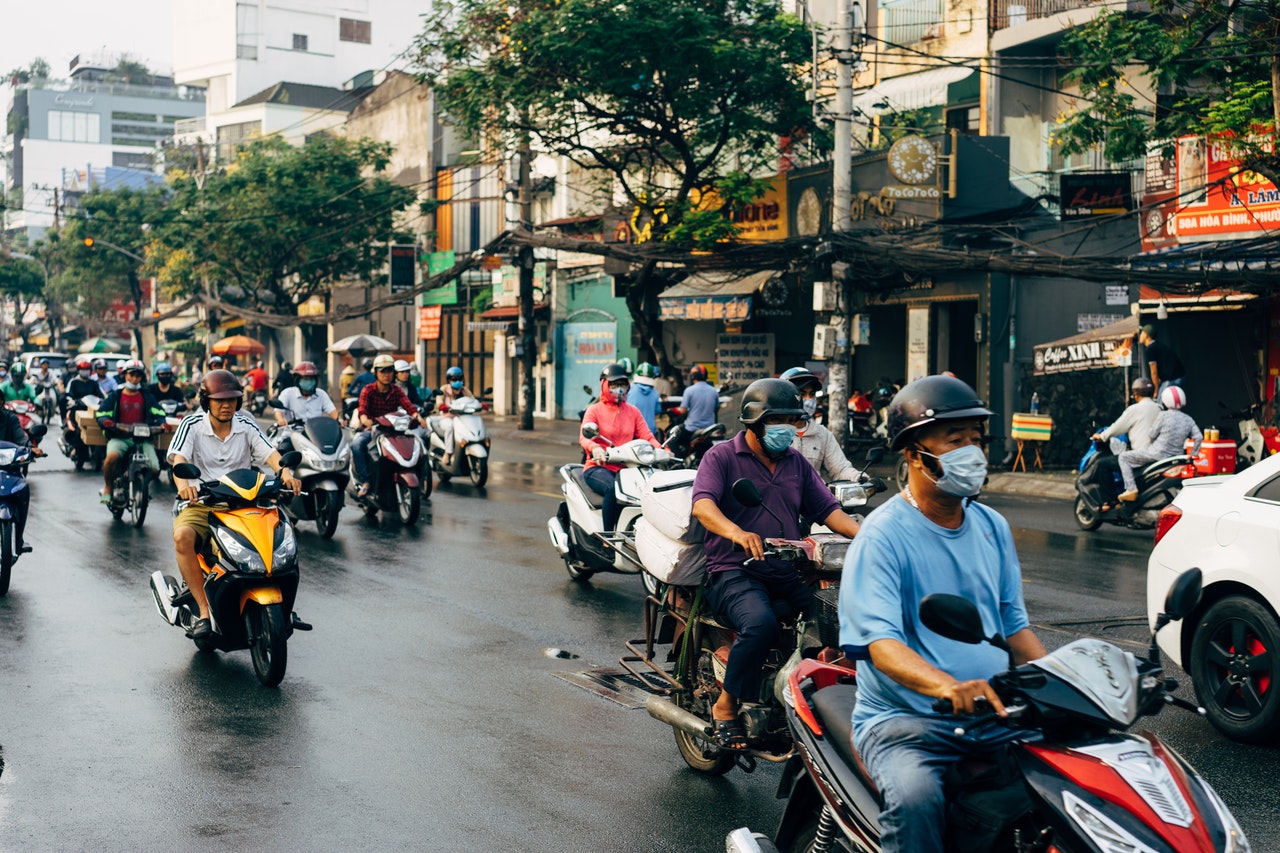 He came over to me and just started talking.

“Where are you going? What are you doing?

I’ve never done this before. I’m a loner, I hate people. I never talk to them usually. But I was just standing on the other side of the street watching you and decided I want to talk to you.”

He followed me down the street.

“Where are you going?”

To work. I said this without looking at him. Head down, hoping he’ll leave me alone.

“Where are you working?”

Just down here, I told him.

Writer. A one-word answer. I engaged as little as possible in the hopes that he might sense my discomfort.

Not a request. A demand.

I said no thank you, I’ve just had one. I was trying to be polite because as women, we’re taught that we should always be polite.

I have to start work, I say. I’m kicking myself that I haven’t used the word no yet. I guess it’s that politeness again.

Now. We’re standing outside my coworking space at this point.

“When do you finish?”

When I’m done, I responded.

“You’re rude. I see you have a bicycle. When are we going for a ride?”

I was walking with my bicycle because I was wearing a skirt. After the murder of Sarah Everard, it was in my mind that the streets aren’t safe and I could ‘attract the wrong type of attention’ by having my legs out while cycling. So half-way to work I got off and pushed it.

“Are you frightened of me?”

He leaned in closer. I was silent. He looked angry.

“Why are you so intimidated?”

Tears welled up in my eyes. I was still silent.

He scowled at me, muttered something under his breath, and left.

We Should Invoice Men That Steal Our Time

I stood in the street as tears filled my eyes. I was shocked by what had just happened. A young man that parks bikes at the coworking space I was in front of took my bicycle from my shaking hands and showed me where the toilets are. I stood in the bathroom for a few minutes until I felt calmer. I apologised to the bike man because I felt bad for making him uncomfortable. There’s that politeness again.

In the coworking space, I chose a desk facing the wall so nobody could see that my eyes were full of tears while I was trying to work. I wanted to go home and get in bed, but I didn’t. How do I explain to my male client that I can’t meet his deadline because I’m distracted by thoughts of whether or not I’ll see that guy again the next time I walk down the street? Would that client be empathetic? Judging by how few men seem to ‘get it’, I couldn’t be sure. And I need that job, so I didn’t risk it and I worked. I cried in the bathroom a lot and it took me double the time to get the task done. But I delivered and he was happy. So at least one of us was.

I feel like the man that harassed me in the street owes me money. That he should pay me half my daily rate because that’s how much of my working day I lost due to his actions.

This is What it Feels like to be a Woman

I’ve felt like this before. I’ve been more scared and also less scared. Once or twice, I’ve feared for my life in very real ways. This is just another incident that will be painted over with a new batch of fresh fear at some point. Layers of terror pushing us down until we can hardly move under the weight of it all.

This is the everyday violence that we experience. I wouldn’t even have seen this as violent a few years ago. That’s how deep the brainwashing goes.

When my ass was grabbed by a growling man (yes, really) in Buenos Aires three years ago, the female Argentine friend I was with called the police to report it. I told her not to bother and that it wasn’t a big deal, but she insisted that it was and now I see that she was completely right. How can I expect something to be done about it if I don’t act on it? Visibility is key (when it feels safe to call it out or report it), and if everyone kept their assault to themselves as I intended to do on that day, ass grabbers everywhere would continue to get away with it.

This is all part of the system that allows these crappy men to remain unaccountable.

It’s gaslighting on a global scale.

We’re told it’s not a big deal – I’m wondering as I’m writing this how many people think I overreacted to this situation.

We’re told it’s our fault. I instantly blamed myself for the length of my skirt, the tightness of my top, the way I walk with my head up and shoulders back. Maybe I should be keeping my head down and my body covered?

We hear language like “but she did all the right things”. There’s a list of things we do to keep ourselves as safe as we can. Ask any woman you know and she’ll have tactics she’s been employing since she first learned as a teenager that she faces a life of mild peril at the hands of men (and mild peril is the best case scenario). But how can we do the wrong thing? We’re not attacking and harassing ourselves, are we? Right or wrong only applies to the perpetrator and to suggest otherwise stinks of victim-blaming.

I realised that this is genuinely an everyday battle when one female friend said “I hope nothing happens to me today” while speaking about the dangers of simply existing as a woman. Hoping that we make it through to the end of the day is all we can do. We can’t hope that we always stay safe and well, because that seems overly ambitious.

Another female friend used the word “inevitable”. Because when you look at the statistics, almost all of us experience harassment in our lifetime. We know that it is inevitable that we will encounter a man like the shitbag that followed me down the street. Or worse.

It must be noted too that I’m a cis white woman, and that what I deal with doesn’t even come close to the horrors that marginalised women face. I hold so much privilege compared to trans women and women of colour, for example. I can’t imagine how scared women must be without the cis, white safety blanket I carry around with me. It’s also important to point out that it took a cis white woman being murdered for the world to be appropriately outraged. It’s not difficult to imagine how differently this might have played out had Sarah been a Black woman.

This is the fourth time in three years that I’ve written about sexual harassment on this blog. I don’t like writing about this stuff. It’s a lot more fun to write about dating and adventure and times that I’ve lost control of my bladder in public. But I can’t not write about these things. As I said, visibility is key. I already know it won’t be the last time I write a post on this topic. How infuriating is that?

P.s when I logged on to post this blog I had two comments waiting for me. One called me “a stupid bitch” and the other said that nothing I write has any weight because I’m a slut and not married. So yeah, when we say it happens all the time we aren’t exaggerating.

Want to read more about the perils of simply existing as a woman?

My response to #metoo

Paraguay – Go for the Passport Stamp, Stay for the People

#metoo – Being a Solo Woman on the Road

My Worst Travel Day Ever