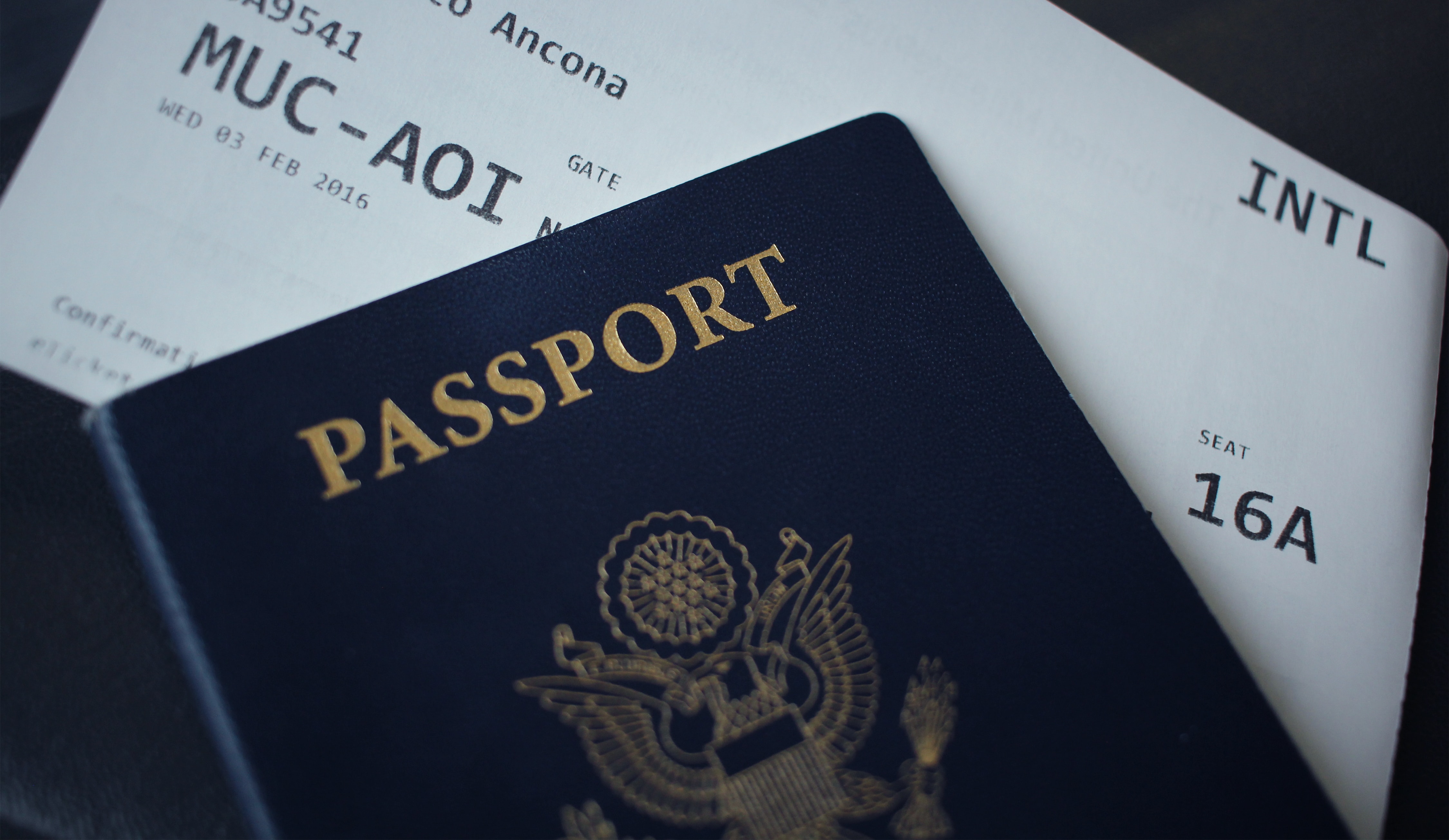 This post is by Sean Stapleton, a lovely stranger off the internet. He’s a gringo living in Medellin but don’t panic, he’s not one of the shit ones. Through his own mistakes and the jaw-dropping antics of others, he’s discovered what to do in Medellin (and what not to do) to avoid being a gringo dickhead. Here’s his step-by-step guide…

This should probably go without saying. However, we’re all guilty at some point of relying on our host country’s linguistic ability, rather than enhancing our own. In Europe especially, it can feel unnecessary. Everybody seems to speak English, and often at a level that is no harder to decipher than on a trip to Glasgow.

But surely that misses the point? What is the purpose of travel if not to expand your horizons and acquaint yourself with another culture? That starts with language.

Very well, we may be able to communicate that we’d like another empanada. We may even manage to negotiate the self-service machines at the Metro. But the real fun begins when you start interacting on a level that is beyond the merely functional. Not only that, but you might actually earn some respect that probably wouldn’t be obtained by bellowing pidgin English at bewildered natives.

Easy on the Coke

It feels crass to even write about this. But in the context of Colombia, it’s an essential mention. Newsflash: COLOMBIAN PEOPLE DO NOT FEEL GOOD ABOUT COCAINE.

A legacy of murder, corruption, and exploitation does not make for fuzzy nostalgia. In this part of the world, where the lunacy hit its peak barely a generation ago, the pain is still sorely felt. Whether it’s the dead relative, the friend that’s still behind bars, or the general dismay at a government being held hostage by bandits: the contempt is well-earned.

Who is the most famous Colombian in history? Nice try, Shakira. And I’m truly sorry, Mr. Marquez. This accolade goes to Pablo Escobar: scourge of the police force, predator of politicians, and misjudged cult hero amongst a very confused hip-hop fraternity. I cannot stress this enough, but you really shouldn’t come here on some kind of Narcos-fuelled cocaine pilgrimage. And for God’s sake, please don’t buy a ‘Plata o Plomo?’ t-shirt. We all love an antihero, but let’s not celebrate cold-blooded murder, please.

Back to coke. Yes, it’s cheap. Yes, it’s accessible. But is it recommended? Absolutely not.
Cocaine amplifies your least pleasant characteristics. Characteristics such as arrogance and impatience, which have a significant influence on the creation of this list. Telling someone to behave politely after a bag of coke is like telling a toddler to sit still after a gallon of Pepsi. A fool’s errand indeed.

It should come as no surprise that if you travel to another continent, things might be a little different. Your bank card might charge you a fee here and there. Food might not be exactly what you’re used to. Shit, it might even be warm. This might be hard to get used to. It could feasibly be annoying. That’s all fine, but KEEP YOUR NEGATIVITY TO YOURSELF.

Imagine this scenario. You’re throwing a party. A BBQ. All of your friends show up and are having a nice time. The next thing you know, some gatecrashers arrive, uninvited. You don’t make a fuss. After all, they’re here now. Why not try and make them feel welcome?

The problem is, they’re complaining about everything. The potato salad is too warm. The paddling pool is too shallow. You’re not playing enough Lana Del Rey. Imagine the gall of turning up somewhere uninvited and then bewailing the situation in which you find yourself? Well, that’s exactly what you’re doing if you grumble about local customs over which you have no jurisdiction.

This whole point spawns from an abominably uncouth Australian that I happened upon in a hostel in Laureles. She splatted next to me into a hammock, proceeding to eviscerate Latin culture at eardrum-perforating volume while Skyping her ‘homegirl’. The only solace I took came from the fact that she would almost certainly continue to have a terrible trip.

This is not the only example. An expat Facebook group exists, whose sole purpose appears to be to irritate Colombians, belittle their way of life and make haughty inquiries about real estate. The original premise seems well-intended, but unfortunately, it seems that Medellin’s online expat community consists of more trolls than the bowels of Middle-Earth.

When you vocally dismantle native customs, you unconsciously imply that the way you do things is better. This reeks of a special kind of arrogance, which we have to justifiably work hard to disassociate ourselves from. Just give it a rest.

I’d like to start by making it clear that this point is very much optional, a tongue-in-cheek observation. You should of course dress in whatever you feel comfortable. However, bear in mind that if you strut down the street dressed like you’re visiting Disneyland, you will probably raise a few eyebrows.

I was devastated to discover that Colombians are averse to wearing shorts. In Blighty, I operate a trouser equinox, where they are literally packed away for those three months a year that we call summer. You can’t really wear shorts on a night out here, resulting in a constant battle with my overwhelmed inner thermostat. Of an evening, my skinny pins very rarely get an outing. Perhaps that’s for the best.

It’s common to see foreigners wearing clothing emblazoned with Paisa (Medellin) slogans. This is probably a matter of personal taste, but it feels contrived. Trying a little too hard perhaps? If anything, it draws attention to the fact that you’re a tourist. Regardless of culture, I pray for a world where slogan t-shirts become a thing of the past.

I get it. The US and it’s 51st state are both currently being run by dangerously incompetent, yellow-headed overlords. It’s embarrassing on an international scale. You should also consider that it’s a big part of why many of us have upped sticks and waved farewell.

Do we really want to talk about Brexit still? As if the three year medley of media monotony wasn’t enough. There are honestly few things I like talking about less. And as for Agent Orange himself, what else is left to say? He puts children in cages, wages war via Twitter and grabs females by the nether regions. But these are our problems. Believe it or not, most Colombians probably don’t give a solitary shit.

And why are you apologizing? Did you vote for them? If not, then you’re probably just trying to assert some political credentials, like a kind of tired, pseudo-woke stamp. In this context, it’s meaningless. Taking credit for not voting for Trump is like patting yourself on the back for not setting fire to anything today. It doesn’t really prove anything admirable about your character.

Colombian beauty is acknowledged the world over, and I’d guess that it’s probably not lost on the nomads that have made their way over here. What this doesn’t mean is that the native mujeres owe you anything. As a general rule, treating women (or indeed men) like antelope is not commendable. This law also applies to dating.

This blog recently documented a Medellin ‘pickup artist’ (ie tosspot) that had travelled south and set up a business dedicated to bothering women. I don’t need to elaborate much further as that ship has sailed, but this kind of attitude dominates Medellin and, in my opinion, is what attracts a large proportion of the more unhinged tourist demographic.

You know the type. They hang around Parque Lleras, picking up sex workers and acting as if this is contingent on their overwhelming levels of charm. They’re the kind of bozos that would pay a pimpled nimrod $3,000 to educate them on the laws of seduction. These jerks will also never shut up about their dubious conquests. Once again, proving that the loudest one in the room is the weakest one in the room.

So there we have it, a dummy’s guide to being a reasonable tourist. I’d like to point out that I have personally broken these rules on numerous occasions. This isn’t a witch hunt, but more of a genuine appeal to stamp out tiresome practices. You might not care what people think about you, in which case it’s entirely within your prerogative to ignore these insights. However, I think we all know what it’s like to experience the soul-crushing torment of cultural ineptitude. I can probably summarise this list with one point: be a decent person. And with that in mind, I’d like to move on to our final piece of advice…

Hey, Medellin expats. Can we all be more like this guy, please?

…because rather than lamenting the state of the Colombian Peso and asking whether it’s ok to date really young women when you’re old AF (it’s not), this is what Facebook groups should really all about.

Words by Sean Stapleton. Wanna read more by Sean? Of course you do. Here’s his well funny blog (it’s defo better than mine).

This is the Worst Thing about Being a Digital Nomad

Being Away for Christmas is Rubbish