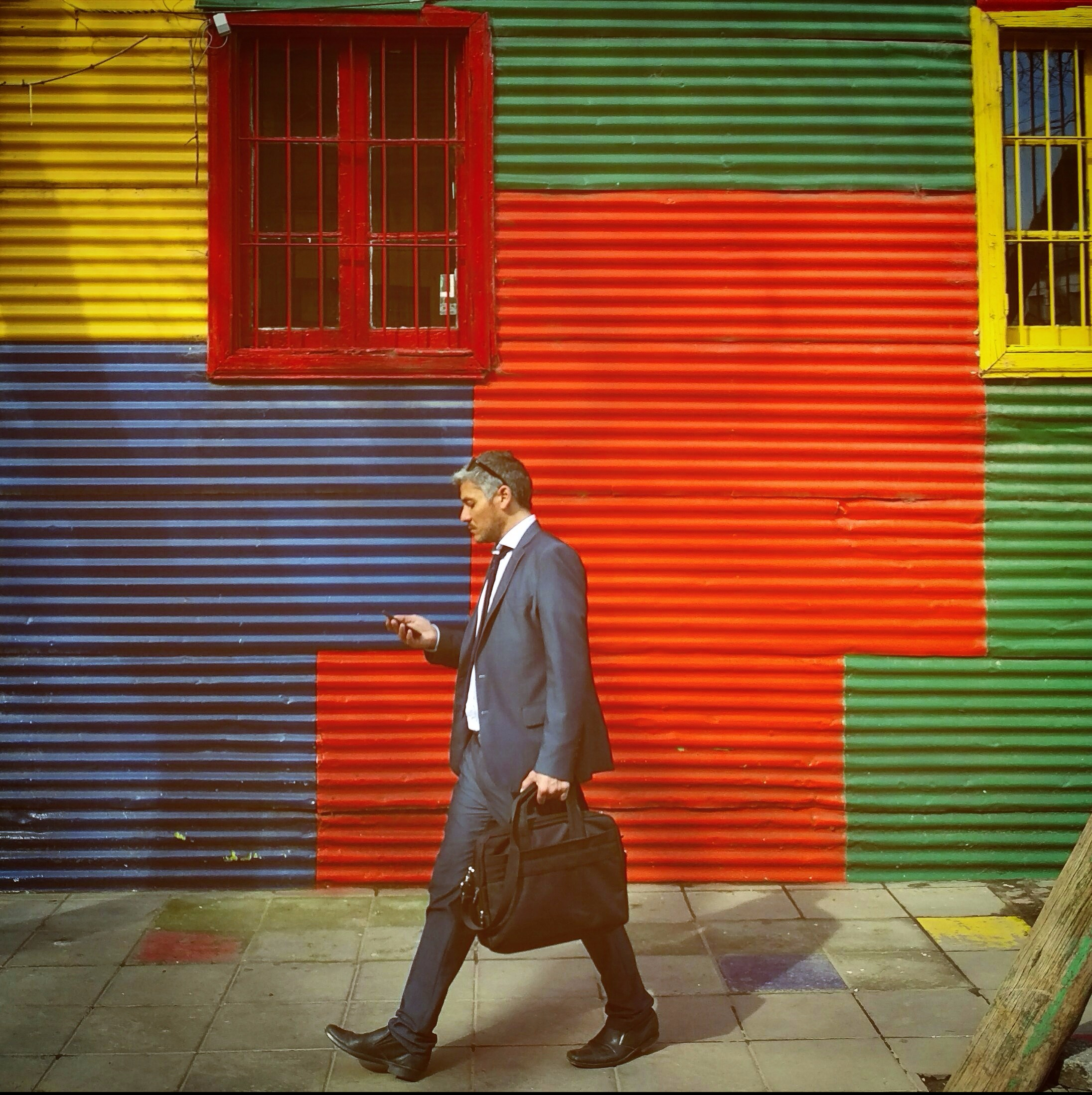 I’ve just completed my first month in South America, and I can’t believe how many incredible experiences I’ve already been lucky enough to have. Now seems like a good time for a bit of an update on what I’ve been up to these past four weeks. So, here goes.

My trip didn’t get off to the easiest start and, if I’m truthful, the first couple of days were harder than I’d thought they’d be. I was struggling to deal with a recently broken heart, and I didn’t meet anybody in those first few days. The problem with being sad and having nobody to distract you is that you end up spending a lot of time wallowing in said heartache. I busied myself with sightseeing, but with no pals, a stinking cold, and what felt like jet lag (is that even possible with a four hour time difference!?) my first two evenings were spent hiding in my bunk bed feeling a bit sorry for myself.

But, after a sombre weekend I gave myself a shake, booked on to a walking tour for Monday morning and got ready to meet lots of new buddies. And, that’s exactly what happened! I hit it off with several people in the group, and that snowballed into meeting more and more people. This was a timely development, considering I was turning 30 two days later and really didn’t want to spend the day on my own crying into my steak and Malbec. That entire week was spent celebrating my impending old age, partying with some of the most fun, sweet and genuine people I’ve ever had the pleasure of drinking pints of white wine with. It’s a birthday that I’ll never forget and I’ll be forever glad that I decided to spend it in South America.

After ten nights in the party hostel (Milhouse Hostel – definitely check it out if you’re in the area) and having almost lost my voice, I admitted defeat and checked into an Airbnb with an Argentinian woman for some R & R. Or so I thought. Introducing Paula: the wildest woman I have ever met. I was staying in the spare room on the mezzanine floor of her living room in San Telmo, where, in Paula’s words, “all the freaks, gays and artists live”. It’s an incredibly vibrant neighbourhood with lots of vintage shops, craft beer and hipsters (those three things tend to go hand in hand, I guess). What followed was two weeks of singing to Mariah Carey tapes (like I said, hipsters), learning how to twerk (still can’t do it), and gorging myself on an endless supply of freshly baked brownies. Paula took me to brilliant restaurants and fun markets and really helped me get to know her neighbourhood. She also took me to La Boca, a neighbourhood that tourists shouldn’t really wander around in. We had amazing choripan (chorizo in a bread roll) for lunch, then went for a big walk around the barrio. It didn’t seem as scary as I’d been made to believe for the most part, but I definitely had a little freak out every time she told me, “don’t speak English down this street it’s too dangerous”. My fortnight in San Telmo wasn’t exactly the downtime I was looking for but it was an incredibly fun experience.

While I’m in South America I’m determined to learn enough Spanish to be able to communicate at least a little, so I decided to kick start my progress by signing up for private lessons in Buenos Aires. Going back to school was an absolute joy – I’m actually a little embarrassed about how much I enjoyed doing my homework. I’ve still got a long way to go before I’ve even mastered the basics, but this morning I successfully bought a bus ticket entirely in Spanish, and I couldn’t have done that a month ago!

Something I’ve learned about myself while I’ve been away is how incredibly indecisive I am; I change my plans almost daily and find it quite stressful to try and plan more than a week in advance. There are some clear advantages to my ‘winging it’ travel methods though, in that I can be flexible and can fit my plans around people I meet. When I got chatting to a Belgian girl at a party in Buenos Aires, we had decided to travel to Uruguay together before we even knew each other’s names. And so, a few days later we did just that. Mandy and I caught the ferry to the little town of Colonia de Sacramento and spent two days taking it easy. Once recouped, we headed over to Montevideo where we met a brilliant bunch of people and got straight back to partying. A highlight was watching my first South American football match – Uruguay vs Argentina in a World Cup preliminary. It was a boring game (0-0) and it cost me a fortune, but it was an experience that I’ll never forget. I’m definitely backing Uruguay when the tournament kicks off next year (sorry England).

I’ve always wanted to try Couchsurfing (a website where people offer you a space in their home for free), and I’d arranged to stay with Santiago for a couple of nights whilst in Montevideo. Two nights turned into fours and it was such a good experience. On my first full day at his place it was super rainy, so we spent most of the day sat on the living room floor drinking beer, chatting and eating delicious roast beef (three consistent fixtures in my list of top ten best activities). As with my Airbnb in Buenos Aires, it was great to spend time with a person who’s from the city I was staying in; I’d recommend for everyone to get out of hostels every once in a while when travelling.

I’m writing this blog on the boat from Montevideo back to Buenos Aires, and, as is the case every time I move on to a new place, I have mixed feelings of loss and excitement. It’s like going home after an incredible holiday, but then remembering you’re just about to go on another one. But that’s what travelling is, I guess.

So, to summarise my first month in South America: I’ve lost money, possessions, and a fair amount of dignity, and a diet of empanadas and red wine has resulted in my body resembling lumpy mashed potatoes (the lack of sunshine has given me the same pale hue, too). I’ve had the best steak I’ve ever eaten, and I’ve consumed too many brilliant bottles of red to count. I’ve met more amazing people than I thought possible, and some of them are definitely friends for life. I’ve spent very little time on my own in my first month of travelling solo, and the name Table for One is feeling a little bit like false advertising right now!

Because of all the aforementioned fun, I’m not doing anywhere near as much writing as I should be doing and I definitely need to try harder to get the work/play balance right. But, I honestly can’t remember the last time I felt so happy and alive. The girl who was a bit sad and lost 30 days ago now seems like a person I don’t know; and I can’t imagine seeing her again any time soon.

The Time I Poisoned Myself, and Other Travel Mistakes

Things I Know About Lisbon

How a Botched Boob Job Made Me a Lone Traveller