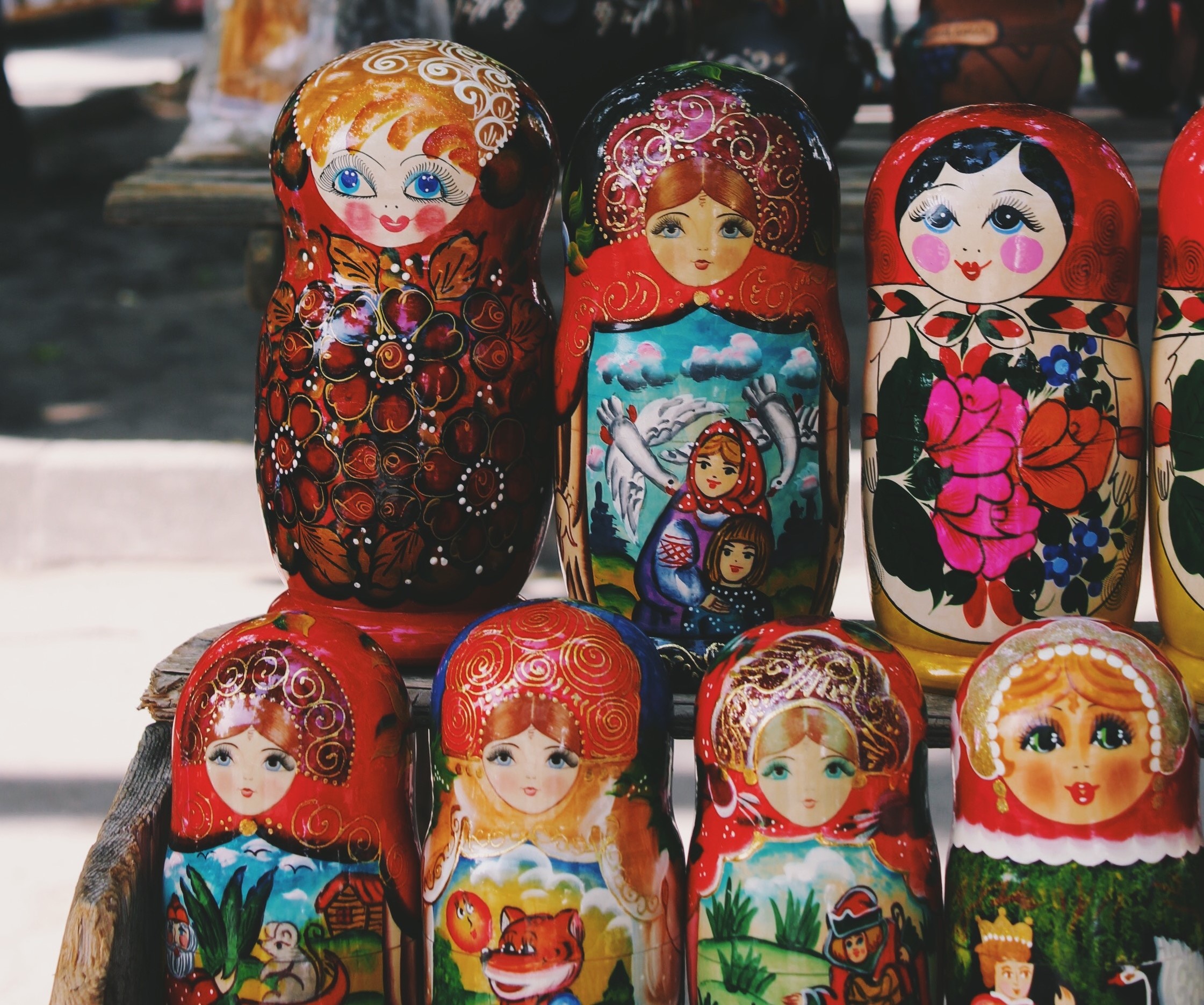 Hi pals. This is the tale of how I became a lone traveller. It involves a break up (mine) and a botched boob job (not mine).

When I was 24 I was in a lovely relationship with a lovely man. He was so lovely, in fact, that we decided it would be lovely if we went on holiday to Russia together. So we booked our flights to depart six months later and went about our lovely life together as usual. But then, two months later we realised that our relationship wasn’t as lovely as we thought (it was fiery and we were too poor to keep replacing smashed plates and doors with holes in them) so we sadly broke up. He moved out of the apartment we shared and as I sat on the floor sobbing over our failed relationship those plane tickets to Russia suddenly flashed into my mind. Not only was I now single, but I also didn’t have a holiday to look forward to. Fuck sake.

In the weeks that followed, my ex and I discussed still going to Russia together (we decided to stay friends and eight years down the line we are still great pals). But, in the end, we decided it wouldn’t be a good idea. I didn’t want to waste my ticket so I started thinking about going as a little lone traveler. At that point, though, I’d never travelled on my own and I decided that solo travel to Russia was just too bloody scary. I pushed the idea firmly out of my head and accepted that my airfare was lost.

Eventually, my constant complaining about missing out on Russia somehow convinced one of my best pals to come with me. I should note here that she’s consented to me telling this tale (actually, she told me to tell the tale). She will remain nameless in case any judgmental toss pots happen to read this blog. My excellent buddy and I set about researching all the best places to visit in Russia and we got well excited.

But then she threw a bit of a spanner in the works. She decided to have her boobs done. There were still a few months to go before we were due to visit Russia so we thought she’d be fully recovered by the time we were due to fly. But, as the super sleuths among you may have guessed, she was not fully recovered in time. I’m not entirely sure what the doctors did to fuck her bosom up, but the stitches went bad and left her in a massive amount of pain. What the bad doctor did to her also meant that she wouldn’t be able to fly, because if she did her tits would explode (or something like that).

Damn. I was back at square one. Only now, I’d done loads of research and was extra desperate to see Russia. So, I pulled on my big girl pants and made a decision: I was travelling to Russia alone. What’s the worst that could happen, right?

Soon, the time came to board my flight to St. Petersburg where I would spend the first half of my week-long trip. I was beyond terrified as I waited for my flight to take off, and for the entire journey, to be honest.

Things quickly got scarier the moment I left the airport, when I did something so astoundingly stupid that I’m still ashamed to admit it. For some reason, instead of getting an official airport taxi I hopped in an unlicensed cab driven by a very large man and his mate. They spoke no English and didn’t seem to give a shit about taking me where I’d asked them to.

What a dangerous rookie error to have made. The journey lasted a torturous 40 minutes and they massively overcharged me, but I was so happy to have gotten out of that car alive I would have given them all the rubles I had if they’d asked for them.

Thankfully, things picked up from there. The hostel I’d chosen was amazing (Soul Kitchen Junior) and St. Petersburg turned out to be an incredible city to explore. I wasn’t alone for long, either. I made two great friends on a walking tour and the three of us stuck together for the next couple of days. We went vodka tasting, vodka drinking, and did a load of brilliant tourism.

After four days it was time for me to set off on a new scary adventure. I had decided to catch the St. Petersburg to Moscow train. Alone. At night. As a solo travel virgin it was extremely daunting to navigate the journey; especially considering that very few people I came into contact with could speak English and therefore help me. In the end, I jumped on a train that seemed to be correct and hoped for the best. Thankfully, it was the right train and I found my little sleeper compartment. I was sharing it with an old lady who spoke no English but spent over an hour talking at me in Russian while she showed me photos of her corgis on her phone.

After a decent night’s sleep in my little train bed, my next challenge was to navigate Moscow’s subway system and try and locate my hostel. What I didn’t know is that Moscow’s metro system only uses the Cyrillic alphabet on all the signs (St. Petersburg’s metro also has signs in Latin alphabet). Cyrillic looks like this:

Obviously, I can’t read the Cyrillic alphabet, so it was useless to know the name of the station I needed because I couldn’t bloody translate it. After some frantic searching through my Lonely Planet guide, I figured out which station I needed, bought a ticket and hopped on a train.

I was focusing so hard on memorising the name of my stop that I didn’t notice the very tall, very drunk, very covered in blood man approach me until I was face to chest with him. He didn’t speak to me, he just stared at me and breathed his vodka breath all over me (it was 7 am). I didn’t know what to do. I was seriously frightened of this chap but I glanced around and nobody had seemed to notice what was happening so I chose to avoid eye contact and keep my focus on spotting the sign for my metro stop.

After what felt like a lifetime I finally saw that we were approaching my stop so I picked up my backpack and went to maneuver around the pissed up, bleeding man. But he blocked me every time I tried to get by. As a timid 24-year-old first time lone traveller I didn’t know what to do and to my horror, the train doors closed before I could reach them. It took me two more stops to get past the bad man which resulted in me getting very lost in the metro. By the time I reached my hostel I was exhausted and in need of a small cry.

The rest of my Russia trip passed gloriously uneventfully but I would still say that Moscow solo travel is one of the hardest travel things I’ve done. In fact, I found solo female travel in Russia challenging in every way.

Going for the Hat-trick

For a short while, my Russia trip put me off travelling solo altogether. That is, until a couple of years later when I got dumped and was forced to go on another holiday on my own.

That’s right, dear readers. This sorry situation has happened to me twice.

My second experience of solo travel in Europe happened when my second serious boyfriend dumped me after we’d already booked a trip to Austria and Slovakia. You can read about that adventure here. Spoiler alert: that trip was the catalyst behind this website and a weird little tattoo on my arm. Thankfully not all of my solo traveller holidays have been due to breakups, but it’s surely only a matter of time ‘til I get the hat-trick!

How did you end up taking your first solo trip? Have you had a dodgy boob job? Want to share any other information about yourself? Holler at me in the comments.

Oh, and if you liked this little tale and want to hear more, why not subscribe? You can always opt out when you get bored of me (which seems to be the theme of this article).

Here’s a story about when I poisoned myself

Here’s some yarn I spun about being a shit backpacker

I Have Another Confession to Make…

My Best Worst Holiday Ever

My Fourth Month in South America